Even though I’m a Montana Grizzly, being back in Bozeman is always nice. Today, Rita is insisting that we go out to Burger Bobs before my evening workshop for the Thriving Institute. To be honest, Burger Bobs sounds a little heavy for my pre-workshop meal. I’m nervous, but I guess we’ll see if that’s a mistake or not.

For those in attendance (or those not in attendance), here’s the ppts for tonight. They’re like, “amazing” or at least I hope you think so. 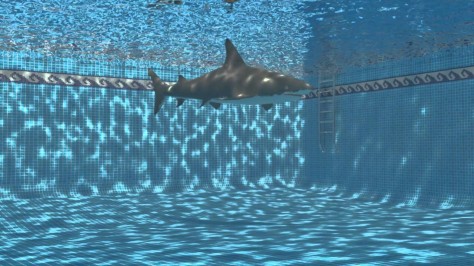 Facing fear and anxiety is no easy task. It’s not easy for children; and it’s not easy for their parents. Here’s a short piece of historical fiction that captures some of the dynamics that can emerge when you’re helping children face their fears.

My nephew turned his pleading fact toward me. He was standing on the diving board. I was a few feet below. We had waited in line together. Turning back now meant social humiliation. Although I knew enough to know that the scene wasn’t about me, I still felt social pressure mounting. If he stepped down from the diving board, I’d feel the shame right along with him. My own potential embarrassment, along with the belief that he would be better served facing his fears, led me to encourage him to follow through and jump.

Parenting or grand-parenting or hanging out with nieces and nephews sometimes requires immense decision-making skill. I’d been through “I’m scared” situations before, with my own children, with grandchildren, with other nephews and nieces. When do you push through the fear? When do you backtrack and risk “other people” labeling you, your son, your daughter, or a child you love as “chicken?”

This particular decision wasn’t easy. I wanted my nephew to jump. I was sure he would be okay. But I also knew a little something about emotional invalidation. Sure, we want to encourage and sometimes push our children to get outside their comfort zones and take risks. On the other hand, we also want to respect their emotions. Invalidating children’s emotions tends to produce adults who don’t trust themselves. But making the decision of when to validate and when to push isn’t easy.

I reached out. My nephew took my hand. I said, “Hey. You made it up here this time. I’ll bet you’ll make the jump next time.” We turned to walk back. A kid standing in line said, “That’s okay. I was too scared to jump my first time.”

Later, when the line had shrunk, my nephew wanted to try again. “Sure,” I said. “I’ll walk over with you.”

He made the jump the second time. We celebrated his success with high-fives and an ice-cream sandwich.

Like all words, the words, “I’m scared” have meaning and provoke reactions.

Sometimes when parents hear the words, “I’m scared” they want to push back and say something like, “That’s silly” or “Too bad” or “Buck-up honeycup” or something else that’s reactive and emotionally invalidating.

The point of the story about my nephew isn’t to brag about a particular outcome. Instead, I want to recognize that most of us share in this dilemma: How can we best help children through their fears.

Just yesterday I knelt next to my tearful granddaughter. She was too scared to join into a group activity. She held onto my knee. We were in a public setting, so I instantly felt embarrassment creeping my way. I dealt with it by engaging in chit-chat about all the activity around us, including commentary about clothes, shoes, the color of the gym. Later, when she finally joined in on the activity, I felt relief and I felt proud. I also remembered the old lesson that I’d learned so many times before. In the moment of a child’s fear, my potential emotional pain, although present, pales in comparison to whatever the child is experiencing.

If you’d like to hear more about how to help children cope with their fears, you can listen to Dr. Sara Polanchek and me chatting about this topic on our latest Practically Perfect Parenting Podcast. Here are the links.

In honor of Joseph Wolpe, let’s start with mental imagery.

Imagine you’ve travelled back in time. You’re in your first week of high school. You look around and notice that one of your classmates is named Mary Jones.

Mary is an ordinary girl with an ordinary name. Over the years, you don’t notice her much. She seems like a nice person, a fairly good student, and someone who doesn’t get in trouble or draw attention to herself.

Four years pass. A new student joined your class during senior year. His name is Daniel Fancy Pants. Toward the end of your senior year, Daniel does a fantastic Prezi presentation about a remarkable new method for measuring reading outcomes. He includes cool video clips and boomerang Snapchat. When he bows at the end, he gets a standing ovation. Don’t get me wrong. Daniel is a good student and a hard worker; he partnered up with a college professor and made a big splash. Daniel deserves recognition.

But, as it turns out, over the WHOLE four years of high school, Mary Jones was quietly working at a homeless shelter; week after week, month after month, year after year, she was teaching homeless children how to read. In fact, based on Daniel’s measure of reading outcomes, Mary had taught over 70 children to read.

Funny thing. Mary doesn’t get much attention. All everybody wants to talk about is Daniel. At graduation, he wins the outstanding graduate award. Everyone cheers.

Let’s stop the mental imagery and reflect on what we imagined.

Like birds and raccoons, humans tend to like shiny things. Mary did incredible work, but hardly anyone noticed. Daniel did good work, and got a standing ovation and top graduate award.

The “shiny-thing theory” is my best explanation for why we tend to get overly excited about brain science. It’s important, no doubt. But brain imaging isn’t the therapy; it’s just a cool way to measure or validate therapy’s effects.

This is all traceable to neuroscience and human evolution. We get distracted by shiny objects and miss the point because our neural networks and perceptual processes are oriented to alerting us to novel (new) environmental stimuli. This is probably because change in the form of shiny objects might signal a threat or something new and valuable. But we need to stay focused in order to not overlook that behavior therapy in general, and exposure therapy in particular, has been, is, and probably will continue to be, the most effective approach on the planet for helping people overcome anxiety and fear. And, you know what, it doesn’t really matter that it changes the brain (although that’s damn cool and affirming news). What matters is that it changes clients’ lives.

Exposure therapy, no matter how you package it, is highly effective for treating anxiety. This statement is true whether we’re talking about Mary Cover Jones and her evidence-based counterconditioning cookies or Francine Shapiro and eye movement desensitization reprocessing (EMDR). It’s also true whether we’re talking about virtual reality exposure, imaginal exposure, massed exposure, spaced exposure, in-vivo exposure, interoceptive exposure, response prevention (in obsessive-compulsive disorder) or the type of exposure that acceptance and commitment therapists use (n.b., they like to say it’s “different” from traditional classical conditioning exposure, but it works, and that’s what counts).

Mary Cover Jones is the graduate of the century; she’s the bomb. Because of her, exposure therapy has been pure gold for 93 years. And now, we’ve got cool pictures of the brain to prove it.

Note: Mary Cover Jones passed away in 1987. Just minutes before her death, she said to her sister: “I am still learning about what is important in life” (as cited in Reiss, 1990). We should all be more like Mary.