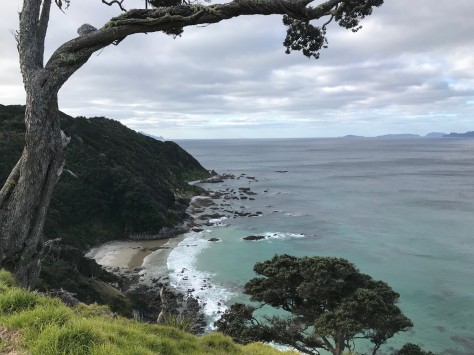 This weekend in Missoula is the Annual Montana Book Festival, so I’ve got books on my mind. In a stroke of good fortune (and thanks to Susan O’Connor and Rita), last night I got to meet David James Duncan, the author of my all-time favorite book, The Brother’s K.  Talking with DJD was ALMOST as fun as reading The Brother’s K, which, if you haven’t read yet, should be on your reading list.

Speaking of Davids and books, several days ago one of our fantastic UM Doc students and I had a book review published in the Journal of Contemporary Psychotherapy. The Doc student’s name is Ariel Goodman (not David), and I have the bragging rights (and honor) of being the co-author of her first (of many to come) publication.

Our review is of Trauma-Sensitive Mindfulness by David A. Treleaven. Ariel and I both liked the book. Although we take him to task a bit for less than perfect scientific rigor, overall the book is very well written and has many excellent ideas about how to safely employ mindfulness with individuals who have previously experienced trauma.

Also, thanks to James Overholser, editor of the Journal of Contemporary Psychotherapy, for giving us the opportunity to do this book review.

IMHO, more people should read Carl Rogers. But I understand, sometimes there just isn’t enough time in the day to fit in your Yoga class, mindfulness meditation practice, cardio workout, meal prep, work and family-life, and other responsibilities. So here’s an option: Below you’ll find a review of a classic Carl Rogers work: On Becoming a Person. It was written by Lauren Leslie to fulfill an assignment I give in our Counseling Theories class. It’s a fun read and gives you an abbreviated glimpse of the amazing Carl Rogers from the perspective of a first-year graduate student in clinical mental health counseling.

On Becoming a Counselor: What’s a Rogerian, Anyway?

Carl Rogers’ On Becoming a Person is a collection of essays and edited speeches written between 1951 and 1961, while client-centered humanistic therapy was being simultaneously embraced and challenged by the establishment. Rogers states he intends to write to professional psychologists, members of the counseling profession, and informed laymen, different populations who nonetheless have at least one thing in common:

. . .while the group to which this book speaks meaningfully will…have many wide-ranging interests, a common thread may well be their concern about the person and his  becoming, in a modern world which appears intent upon ignoring or diminishing him. (Rogers, 2012, “To the Reader” para. 8)

Throughout the text, Rogers offers a picture of himself as a person and a therapist. He provides insights into the growth of his theoretical framework as well as therapy transcripts to flesh out central elements of client-centered practice. Ultimately, the text crystallizes the effectiveness of empathy, congruence, and unconditional positive regard within a therapeutic relationship, and it is difficult to argue against Rogers’ persuasive and clear writing. Critics insist Rogers’ model is incomplete or insufficient, but the core tenets remain central to the practice of contemporary psychotherapy.

On Becoming a Person collects texts of varying genres into a sort of holistic catalog of Rogerian thought. Due to this variety of genre, Rogers’ tone and subject matter shifts; he addresses his own personality and life, includes transcripts of counseling sessions, and tries to systematize examples of his practice into stages of client development to analyze effectiveness of treatment. Rogers philosophizes on the human condition and therapeutic practice, Kierkegaard and Buber, and scientific research and personal change. It is a sweeping book which attempts meaningful understanding and data-driven conclusions. At one point, Rogers claims “There is no general agreement as to what constitutes ‘success’ [in psychotherapy]…. The concept of ‘cure’ is entirely inappropriate, since … we are dealing with learned behavior, not with a disease” (Rogers, 2012, p. 227). He consistently moves in opposition to the kind of concrete, experimental thinking favored in certain parts of the psychological community and comes off far more as a philosopher studying existential questions than as a data-driven scientist.

In considering himself, Rogers (2012) states, a client “discovers how much of his life is guided by what he thinks he should be, not by what he is. Often he discovers that he exists only in response to the demands of others…” (p. 109). In the same passage, he muses on the insight of Kierkegaard on this point: “He points out that…the deepest form of despair is to choose ‘to be another than himself.’ On the other hand, ‘…to be that self which one truly is, is indeed the opposite of despair,’” (p. 109). If this isn’t existential philosophy, the reader must ask, what is? In his own practice, Rogers (2012) characterizes a fundamental shift from “How can I treat, or cure, or change this person?” (p. 32) to his later, fuller question “How can I provide a relationship which this person may use for his own personal growth?” (p. 32). From his training in psychology, Rogers claims to have followed his own instincts into client-centered therapy. His writing overtly embraces that exploration.

Despite his philosophical bent, in large sections of his writing, Rogers draws on established scientific structures or language. He writes a whole chapter which tries to formulate a “general law of interpersonal relationships,” then launches into a lengthy and example-laden consideration of the firmness of knowledge and conclusions within the behavioral sciences at the time. His cognitive resting place seems to be that the behavioral sciences are in their infancy, and while practitioners may rely on a lot of interesting information now being discovered, exploration, philosophy, and instinct still hold places of honor within the field. More than fifty years after the book’s first publication, the situation seems to have changed very little, though there is more data in certain areas. Though Rogers seems to have viewed psychotherapy as a scientific practice, his person-centered view showed him countless variables with which to contend. Perhaps in an environment without controls, philosophy and instinct present better-formed or more immediate solutions than experimentation can.

Rogers seems to boil complex situations down to essentials wherever he can: relationship is his central theme, and empathy, congruence, and unconditional positive regard are the three relationship components. This pursuit of simplicity may be attentiveness to the broad audience of On Becoming a Person or may be indicative of Rogers’ own worldview. Whatever its source, it leaves Rogers open to criticism from those who see things as unsimplifiable. In a similar way, the individual variation and client focus implicit in Rogers’ therapy leave him open to criticism from those who see him acting only as a clarifying mirror for clients, not as a truly congruent party to change-spurring relationships. In one example of a common critique, Ralph H. Quinn (1993) contends that “[a] fully person-centered therapist…would feel compelled to stay with the client’s lead…[and] trust that the client knows best” (p. 20) rather than confronting the client in a moment of genuine human response.

Genuineness in psychotherapy…does not mean simply the willingness to confront a client…. More than anything it means that the therapist must strive to be fully present with the client, to bring all of himself or herself to the therapeutic relationship. As therapists, we must be willing to risk as much as we ask our clients to risk, to be as transparent and courageous as they must be, if the therapy is to produce real life change. (Quinn, 1993, p. 20-21)

This section includes the assertion that bold congruence and full presence are not already parts of person-centered therapy, and Rogers was remiss in not addressing them. Quinn (1993) later implies a fully person-centered approach can easily be seen as practicing “Pollyannish optimism and therapeutic passivity” (p. 21). Such criticism is valid enough, and points out elements of Rogers’ work that may be over-simplified. However, the complexity with which Rogers addresses each essay, idea, and client interaction suggests he did not see humanity or psychotherapy as simple, and did not approach them passively. Rogers may not have dwelled enough in his writing on the practice of congruence; perhaps it was an element that seemed also to contain infinite variables and defy simple definition. I tend to think this criticism stems from a misinterpretation of Rogers’ intentions and practices. In the final analysis, even critic Quinn (1993) only suggests practicing more (riskier?) congruence on the part of the therapist, not abandoning Rogers’ principles.

In terms of my own use of this book, its variety in tone and subject matter makes it a uniquely useful text. Each section and each essay can be read independently, and dipping into Rogers’ world is a clarifying and centering experience that could bring me back to the core of therapeutic practice in times of questioning and uncertainty. Reading this book now gave me a window into the complexities inherent in a model that can be seen as very simple (by Rogers’ design, admittedly). Considering this approach in my own attempts to define or grasp client “distress” has been helpful in placing myself in the wide world of this human-helping profession, and has helped me frame my own conception of what I am doing here and what a client might want or need from me in this role. This reading has been one new way of incorporating personal change into myself: deliberately approaching the self I am discovering myself to be.