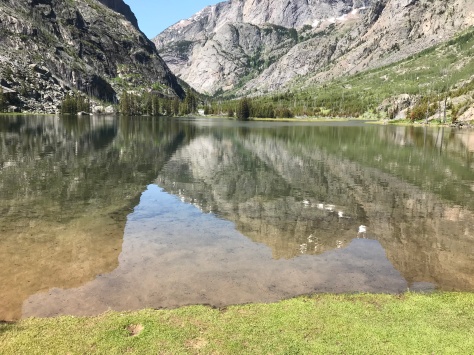 Note — This is a three or four part series focusing on complexities of psychiatric diagnosis; then I ramble into an exploration of what specific psychological and interpersonal dynamics might be driving Donald Trump’s behaviors. This piece and the next two or three are a lead-up to an essay I’m doing for Slate Magazine.

All you need is a diagnostic manual. In the U.S., you can use the 5th edition of the Diagnostic and Statistical Manual of Mental Disorders (DSM-5; published by the American Psychiatric Association) or the 10th edition of the International Classification of Diseases (ICD-10; published by the World Health Organization). Even easier, you can search for and find online diagnostic criteria for virtually every mental disorder. The power to diagnose is at your fingertips.

If you think your friend has panic disorder, you can type “panic disorder” into your favorite search engine, find the criteria, and confirm your suspicions. The same goes for diagnosing children. Finding the criteria for attention-deficit/hyperactivity disorder (ADHD) is simple. Of special convenience is the fact that if you look at the ADHD criteria, you’ll discover that nearly every child on the planet has ADHD. Odds are, if you look closely at the ADHD criteria, you’ll end up diagnosing yourself. I mean, who really likes waiting in lines?

Technically, you should study the different diagnostic categories and the various checklists of symptoms for each disorder, do a formal observation or interview with the person you want to diagnose, match their behaviors to the checklist, and come to your diagnostic conclusion. But we’re living in a fast-paced world where, like our president, whatever you think must be true because you thought it; never mind that you should recuse yourself from diagnosing your friends, your family, and yourself. Who has time to fact check? Besides, you can just ask, “Siri, do I have obsessive-compulsive disorder?”

Contrary to popular solipsistic fantasies and what you’ll learn from Siri, psychiatric diagnosis may look easy, but in the real world, it’s complex and sticky.

Not only are there 300 different diagnoses (and 947 pages in the DSM-5), many psychiatric conditions overlap, meaning one symptom could be associated with several different diagnoses. For example, having a depressed or irritable mood could qualify your or your romantic partner for bipolar disorder or various depressive disorders, but because bad moods are also associated with ADHD, oppositional defiant disorder, substance use disorders, and many different physical/medical conditions, you’ll need to assess for and rule out these other possible disorders. Then again, there’s the likely chance that you and your romantic partner are bugging the hell out of each other and so your depressed and irritable moods are simply a natural product of your poor judgment, incompatibility, or desperate need for couple counseling.

Sorting out diagnostic signs and symptoms is especially difficult because people will often intentionally or unintentionally minimize or exaggerate their symptoms, depending on the setting and their motivation. Think about your son. He’s a hellion at home, but when you take him to the pediatrician, you come unglued trying to tell the doctor about your hyperactive child. All the while, he sits there, hands folded like a little cherub. You leave the office with a new prescription for valium for yourself.

If you make an effort to go beyond using the diagnosis-is-easy approach, in the end, or in the middle, or somewhere in the diagnostic process you may find the symptoms have changed. You mother may have seemed bipolar and you were closing in on a diagnosis of intermittent explosive disorder for your father, but suddenly, right after you move out, their symptoms vanish. Or maybe they just aged and became more mature or maybe they got out of their miserable jobs, and consequently became less emotionally volatile? This is the nature of working with humans; as much as you’d like them to hold still for a clear snapshot, they move, their relationships change, their employment situation shifts, and you end up with what the venerable psychologist Paul Meehl might have called, a fuzzy notion, rather than diagnostic certainty. Looking back, Meehl might have added that diagnosis is also a sticky notion because, once applied, psychiatric diagnoses are difficult to remove. This is why psychiatric diagnosis is best left to trained professionals. This is also why professionals often get it wrong, and someone ends up labeled with a sticky diagnosis that follows them into the future despite new and contradictory diagnostic information.

As an example, many people and some professionals have concluded that Donald J. Trump has a mental disorder called narcissistic personality disorder (NPD). As satisfying as it might feel to diagnose Donald Trump with NPD, the NPD conclusion is erroneous on two counts. First, no one can or should diagnose Trump without conducting a diagnostic interview. Even then, diagnosing him would be difficult. As Allen Francis, Chair of the DSM-IV Task Force wrote, diagnosticians should “be patient,” because accurate psychiatric diagnosis may take five minutes, five hours, five months, or five years. In the real world of psychiatric diagnosis, accurate and useful diagnoses take much longer and are much more involved than a 5 minute armchair social media diagnosis. Competent and ethical mental health professionals always go beyond diagnostic checklists.

Now, don’t get me wrong, labeling Trump with NPD feels good and feels right. Check it out. There are many, many obvious examples of how Trump fits the NPD criteria. However, other than being fun, entertaining, and gratifying (not to mention offensive), the process and outcome of armchair social media diagnosis is neither fair nor honest.

Beyond simply matching DJT’s behaviors with the NPD diagnostic criteria, over the past two years, many articles and books have been written about Donald J. Trump’s mental health. For some odd reason, I’ve been preoccupied with reading many of these articles and books lately. Although not “fun” content, reading about DJT’s mental state was a welcome shift away from my first impulse after his election—which was to start reading about the death instinct in Freud’s Civilization and It’s Discontents. I’m having way more fun now.

For another odd reason, after reading about DJT’s mental health, I found myself fantasizing that I might have something to add to the conversation.

6 thoughts on “On Psychiatric Diagnosis and Whether Donald J. Trump has a Personality Disorder”