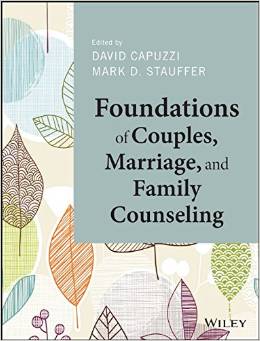 The following case example is excerpted from a chapter I wrote along with two colleagues at the University of Montana, Kirsten W. Murray and Christina G. Yoshimura. This chapter is titled, “Filial Play Therapy and Other Strategies for Working with Parents.” It’s published as Chapter 15 in Foundations of Couples, Marriage, and Family Counseling.

Parents constitute a complex and challenging population. When parents come to counseling or psychotherapy, they bring unique problems that can test the competence of even the most well-seasoned helping professionals (Holcomb-McCoy & Bryan, 2010; Slagt, Deković, de Haan, van den Akker, Alithe, & Prinzie, 2012). The nature, range, scope, and intensity of parenting problems are immense.

Casey and Pat arrive in your office with the intent to discuss concerns about their 6-year-old daughter, Hazel. Initially, they describe their worries about a small behavioral or motor tic that Hazel has developed over the past year. Repeatedly throughout the day and particularly during novel social situations, Hazel cocks her head to the side, rolls her eyes backward, and then brings the knuckle of her right hand upward to her nose. She then presses her knuckle into the side of her nose while scrunching up her face. When Casey or Pat ask her about the purpose of her behavior, she usually reports that her nose “itches on the inside” and that she cannot resist scratching it.

As is often the case with children, Casey and Pat are worried about more than just Hazel’s nose-itching behavior. They’re also worried about how this behavior will affect Hazel’s social development. Hazel will be starting full-day kindergarten in less than a month and Casey and Pat are terrified that other kindergarten students will pick on her. In addition, as you explore their worries about Hazel’s social development, you also discover she’s having severe emotional outbursts (i.e., tantrums) and that neither Casey nor Pat seem to have skills for effectively dealing with their daughter’s anger.

Not long into your session both parents also tell you that their relationship is in crisis. Pat’s anger has been only marginally in control. Their couple conflicts have become more frequent and more intense. Two weeks prior to their counseling appointment they were fighting so intensely that their neighbors called the police. Pat was nearly cited for domestic abuse. Then, Pat quickly escalates in your session, claiming that Casey is too “easy” on Hazel and that Hazel just needs more firm and consistent discipline. Pat gives a short monologue on the effectiveness of spanking. Casey responds with tears, disclosing a personal history of physical abuse and adamant opposition to corporal punishment. Casey emphatically states: “I will not let Pat abuse my daughter.”

Not surprisingly, all this talk about discipline and abuse may raise emotional issues within the helping professional. You may begin to feel like supporting Casey and chastising Pat—at least up until the point that Pat bursts into tears. Pat then begins detailing their financial stressors and the fact that neither of them has had a full-time job over the past year. They’re living in run-down, low-income apartments within a neighborhood that both Pat and Casey find frightening. Eventually, Pat discloses that he has a 13-year-old son from a previous relationship. In an effort to escape the tension between himself and his stepfather, Pat’s teenage son is intermittently showing up at the apartment late at night after a round of drinking with his buddies. When the appointment ends, you end up with more questions than answers.

This case illustrates how working directly with parents is a unique process that requires special knowledge and skills. Pat and Casey present a profoundly complex scenario—even without adding dimensions related to their sexuality or culture. For example, how might Casey and Pat’s parenting and family issues shift if they were a lesbian or gay couple? And how would potential cultural matches or mismatches between the parental dyad and the therapist—or within the parental dyad—affect the therapeutic process and potential outcomes? Obviously, working with Rosa and Miguel or Minkyong and Liang (and all the stereotypes linked to these client names) instead of Casey and Pat might add complexity to the counseling process. Our main point is that you should try not to fool yourself into thinking you can work effectively with parents unless you’ve obtained specific training for working effectively with parents.

This chapter [published in Foundations of Couples, Marriage, and Family Counseling, which is edited by David Capuzzi and Mark Stauffer] describes principles, methods, and techniques for counseling parents. It’s organized into three parts: (1) parenting problems and theoretical models; (2) general knowledge and skills for working directly with parents; and (3) the history, knowledge, and skills associated with Filial Therapy, a specific play therapy approach to working with parents and children.