Perhaps more than any other assessment task, conducting a balanced mental status examination requires that professionals resist the natural temptation to make sweeping judgments about clients on the basis of appearance, specific behaviors, or single symptoms. For example, in a recently published book titled The mental status examination and brief social history in clinical psychology, Smith {{5681 III 2011;}} stated:

A Fu-Manchu mustache suggests the wearer doesn’t mind being thought of as “bad,” whereas a handlebar mustache tells you the person may be somewhat of a dandy or narcissist. (p. 4)

After reading the preceding excerpt, I decided to conduct a small research study by surveying men in Montana with Fu-Manchu mustaches. Whenever I saw men sporting a Fu-Manchu, I asked them to rate (on a seven-point Likert scale) whether they minded being thought of as “bad.” In contrast to Smith’s (2011) observations, I found that most men with Fu-Manchu’s actually thought they looked good and reported wearing the mustache in an effort to look attractive. Of course I didn’t really conduct this survey, but the fact that I thought about doing it and imagined the results carries approximately the same validity as the wild assumption that a mental status examiner can quickly “get into the head of” all clients with Fu-Manchu (or handlebar) mustaches and interpret their underlying personal beliefs or intentions, or even worse, extrapolate from a physical feature to a personality disorder diagnosis.

Although I’m poking fun at the sweeping generalizations that Smith (2011) made in his text, my intent is to point out how easy it is to grow overconfident when conducting MSEs. Like Smith, I’ve sometimes found myself making wild and highly personalized assumptions about the psychopathological meaning of very specific behaviors (some years ago I had my own personal theory about “tanning” behaviors being linked to narcissism).

The key to dealing with this natural tendency towards overconfidence is to use Stanley Sue’s (2006) concept of scientific mindedness. A single symptom should be viewed as a sign that the sensitive and ethical mental status examiner considers a hypothesis to explore. Another example from Smith (2011) may be helpful as another caution of the dangers of over-interpreting single symptoms. He stated: “If the person is unshaven, this may be a sign of depression, alcoholism, or other poor ability at social adaptation” (p. 4).

Smith may be correct in his hypotheses about unshaven clients. In fact, if a research study were conducted on diagnoses or symptoms commonly associated with unshaven-ness, it might show a small correlation with depressive symptoms, partly because poor hygiene can be a feature of some depressive disorders. However, in the absence of additional confirming evidence, an unshaven client is just an unshaven client. And when it comes to social adaptation, I should note that I know many young men (as well as a variety of movie stars) who consider the unshaven look as either desirable, sexy, or both. This could lead to an equally likely hypothesis that an unshaven client is particularly cool or has an especially high level of social adaptation.

In your own MSE work I encourage you to adopt the following three guidelines to help you avoid what might be called the overconfident clinician syndrome:

Keep these preceding guidelines in minds as you conduct mental status examinations. You can find my DVD with a clip of a mental status exam at: http://www.amazon.com/Clinical-Interviewing-Skills-John-Sommers-Flanagan/dp/1118390121 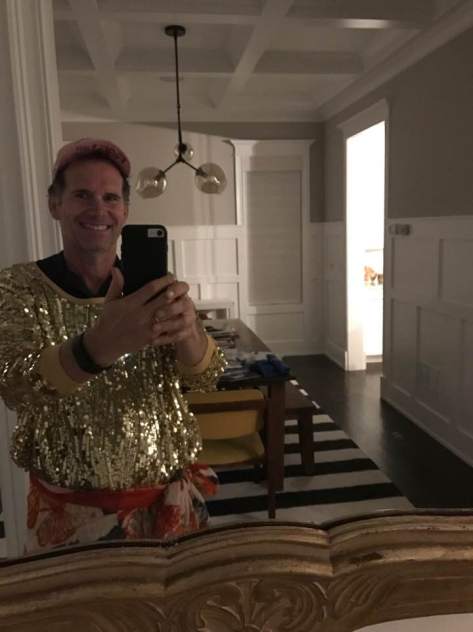 This is a photo of me checking my mental status.

Generally, mental status examinations (MSEs) can have a more neurological focus or a more psychiatric focus. The following two fictional reports are samples of psychiatric-oriented MSEs. These sample reports can be helpful if you’re learning to conduct Mental Status Examinations and write MSE reports. They’re excerpted from the text, Clinical Interviewing (6th edition; 2017, John Wiley & Sons). Clinical Interviewing has a chapter devoted to the MSE, as well as chapters on suicide assessment interviewing and diagnostic interviewing (and many others chapter on other important topics). You can take a look at the book (and some darn good reviews) on Amazon: https://www.amazon.com/gp/product/1119215587/ref=dbs_a_def_rwt_bibl_vppi_i0

If you’d like to see a short video-clip MSE example, you can go to: http://www.youtube.com/watch?v=1lu50uciF5Y

A good report is brief, clear, concise, and addresses the areas below:

The following reports are provided as samples.

Gary Sparrow, a 48-year-old white male, was disheveled and unkempt on presentation to the hospital emergency room. He was wearing dirty khaki pants, an unbuttoned golf shirt, and white shoes and appeared slightly younger than his stated age. During the interview, he was agitated and restless, frequently changing seats. He was impatient and sometimes rude in his interactions with this examiner. Mr. Sparrow reported that today was the best day of his life, because he had decided to join the professional golf circuit. His affect was labile, but appropriate to the content of his speech (i.e., he became tearful when reporting he had “bogeyed number 15”). His speech was loud, pressured, and overelaborative. He exhibited loosening of associations and flight of ideas; he intermittently and unpredictably shifted the topic of conversation from golf, to the mating habits of geese, to the likelihood of extraterrestrial life. Mr. Sparrow described grandiose delusions regarding his sexual and athletic performance. He reported auditory hallucinations (God had told him to quit his job and become a professional golfer) and was preoccupied with his athletic and sexual accomplishments. He was oriented to time and place, but claimed he was the illegitimate son of Jack Nicklaus. He denied suicidal and homicidal ideation. He refused to participate in intellectual- or memory-related portions of the examination. Mr. Sparrow was unreliable and exhibited poor judgment. Insight was absent.

Ms. Rosa Jackson, a 67-year-old African American female, was evaluated during routine rounds at the Cedar Springs Nursing Home. She was about 5’ tall, wore a floral print summer dress, held tight to a matching purse, and appeared approximately her stated age. Her grooming was adequate and she was cooperative with the examination. She reported her mood as “desperate” because she had recently misplaced her glasses. Her affect was characterized by intermittent anxiety, generally associated with having misplaced items or with difficulty answering the examiner’s questions. Her speech was slow, halting, and soft. She repeatedly became concerned with her personal items, clothing, and general appearance, wondering where her scarf “ran off to” and occasionally inquiring as to whether her appearance was acceptable (e.g., “Do I look okay? You know, I have lots of visitors coming by later.”). Ms. Jackson was oriented to person and place, but indicated the date as January 9, 1981 (today is July 8, 2009). She was unable to calculate serial sevens and after recalling zero of three items, became briefly anxious and concerned, stating “Oh my, I guess you pulled another one over me, didn’t you, sonny?” She quickly recovered her pleasant style, stating “And you’re such a gem for coming to visit me again.” Her proverb interpretations were concrete. Judgment, reliability, and insight were significantly impaired.

To receive alerts about this and other related topics like clinical interviewing and counseling and psychotherapy, you should follow this blog. Also, if you want me to come to your organization to provide a workshop or keynote on this or on a related topic, email me at john.sf@mso.umt.edu.