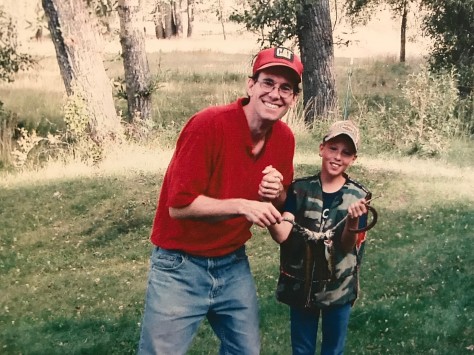 This past week, Donald Trump posted another name-calling Tweet about Kim Jong Un being short and fat. Before that, he was famously recorded by Access Hollywood saying it was okay to grab women by the pussy. Somewhere in between, he tweeted about shooting Muslims with bullets dipped in pig’s blood and referred to “firing those SOBs.”

This blog isn’t designed to be political. I don’t mean to be picking on Donald Trump. However, the extraordinary number of provocative statements he generates every day makes him a ready example of a poor media role model. His statements are often of the ilk that republicans, democrats, and independents would all rather not have their 12-year-old children hear, much less repeat. The point is that sometimes politicians, news reporters, comedians, musicians, athletes, and other celebrities make statements that are incompatible with mainstream American family values. This isn’t new. For those of us who were parents back then, about 20 years ago President Bill Clinton made a statement about oral sex that—at the very least—constituted horrid advice for teenagers. The other point is that somehow parents have to figure out how to best deal with provocative statements that leak out of the media and into our children’s brains.

In this week’s episode of the practically perfect parenting podcast, Dr. Sara Polanchek and I take on the contemporary Trump phenomenon, as well as the equally challenging phenomenon of comedians who try to make a joke out of holding a picture of a severed Trump head. How should parents deal with this stream of objectionable content?

Not surprisingly, Sarah and I have a thing or two to say about Parenting in the Age of Trump. We encourage you to contemplate, in advance, how you want to address revolting media-based material to which your children will be inevitably exposed. Our hope is for you to identify your personal and family values and then learn how to stimulate your children’s moral development. Bottom line: we can’t completely control the objectionable media discourse, and so we might as well use it for educational purposes.

You can listen to the Practically Perfect Parenting Podcast on iTunes: https://itunes.apple.com/us/podcast/practically-perfect-parenting-podcast/id1170841304?mt=2

Or you can listen to it on Libsyn: http://practicallyperfectparenting.libsyn.com/

And just as soon as I gain better control of my Twitter finger, then you’ll be able to find us on Twitter too.