This short case example from the forthcoming 6th edition of Clinical Interviewing is a small tribute to all the great supervisors I had over the years.

Abby is a 26-year-old graduate student. She identifies as a White Heterosexual female. After an initial clinical interview with Jorge, a 35-year-old who identifies as a male heterosexual Latino, she meets with her supervisor. During the meeting she expresses frustration about her judgmental feelings toward Jorge. She tells her supervisor that Jorge sees everyone as against him. He’s extremely angry at his ex-wife and he’s returning to college following his divorce and believes his poor grades are due to racial discrimination. Abby tells her supervisor that she just doesn’t get Jorge. She thinks she should refer him instead of having a second session.

Abby’s supervisor listens empathically and is accepting of Abby’s concerns and frustrations. The supervisor shares a brief story of a case where she had difficulty experiencing positive regard toward a client who had a disability. Then, she asks Abby to put herself in Jorge’s shoes and imagine what it would be like to return to college as a 35-year-old Latino man. She has Abby imagine what might be “under” Jorge’s palpable anger toward his ex-wife. The supervisor also tells Abby, “When you have a client who views everyone as against him, it’s all the more important for you to make an authentic effort to be with him.” At the end of supervision Abby agrees to meet with Jorge for a second session and to try to explore and understand his perspectives on a deeper level. During their next supervision session, Abby reports great progress at experiencing intermittent unconditional positive regard for Jorge and is enthused about working with him in the future.

One way to enhance your ability to experience unconditional positive regard is to have a supervisor who accepts your frustrations and intermittent judgmental-ness. If the issues that arise in therapy are similar (or parallel) to the issues that arise in supervision, it’s referred to as parallel process (Searles, 1955). This is one reason why when you get a dose of unconditional positive regard in supervision, it may help you pass it on to your client. 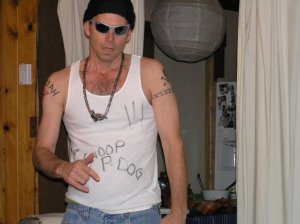