On Thursday of this week I’ll be at the Hilton Garden Inn in Missoula doing a day-long workshop on how to work effectively with challenging youth and challenging parents. Of course, the first point to make about this is that this entire concept is flawed; it’s flawed because it’s not fair to call youth and parents “challenging” when, in fact, for them, the whole idea of sitting down and talking with a counselor is challenging. It would be equally reasonable to hold a workshop for parents and youth titled, “Working with Challenging Counselors.”

One of the approaches featured during the workshop will be to engage teenagers in using better (healthier and more legal) strategies for getting what they want. Rita and I wrote about this approach in our book, Tough Kids, Cool Counseling. . . and so here’s an excerpt that describes the approach and provides a case example:

Teaching “Strategic Skills” to Adolescents
Weiner (1992) described many delinquent or “psychopathic” adolescents as inherently understanding the importance of using strategies to obtain their desired goals (p. 338). Despite this general understanding, disruptive, behavior-disordered adolescents frequently utilize ineffective interpersonal strategies and thereby obtain outcomes opposite to what they desire. For example, increased freedom is commonly identified by adolescents as one of their primary therapy goals. However, attention-deficit and disruptive, behavior-disordered adolescents consistently engage in behaviors that eventually restrict their personal freedom (e.g., curfew violation, disrespect toward parents, illegal behavior). The “strategic skills” intervention is designed to help adolescents understand how their own behavior contributes to their inability to attain personal goals (e.g., perhaps by producing increased limits and restrictions).

The therapist must provide two relationship-based explanations to implement the strategic skills procedure. First, the therapist must directly inform them of a willingness and commitment to assist them in personal goal attainment. For example:

It sounds like you want more freedom in your life. I imagine it’s a drag being 15 and still having all the restrictions you have. I want you to know that I’m willing to work very hard to help you have more freedom. We just have to put our heads together and think of some ways you can get more freedom.

Second, therapists must set clear limits on the type or quality of behaviors they are willing to support and promote. This is because adolescents may try to manipulate therapists into supporting illegal or self-destructive behavior patterns (Weiner, 1992; Wells & Forehand, 1985).

I need to tell you something about what I am willing to help you accomplish. I’ll help you figure out behaviors that are legal and constructive and help you get more freedom. In other words, I won’t support illegal and self-destructive behaviors because in the end, they won’t get you what you want. And there may be times when you and I disagree on what is legal and constructive; we’ll need to talk about those disagreements when and if they arise.

If adolescents respond positively to their therapists’ offer of support and assistance, the door is open to providing feedback about how to engage in freedom-promoting behaviors. Therapists can then tell their clients: “Okay, let’s talk about strategies for how you can get more of what you want out of life.” Subsequent discussions might include the following problem areas that frequently contribute to adolescents’ restrictions: staying out of legal trouble, developing respect and trust in the adolescents’ relationships with parents and authority figures, and analyzing and modifying inaccurate social cognitions. Essentially, therapists have facilitated client motivation and cooperation and can move on to analyzing faulty cognitions, modeling and role-playing strategies, and other effective psycho-therapeutic interventions.

Case example. A 12-year-old boy entered the consulting room in conflict with his father over how many pages he was supposed to read for a specific homework assignment given to him by a teacher whom he “hated.” The boy was disagreeable and nasty in response to his father’s comments; direct discussion of issues while both father and son were present was initially ineffective. Therefore, the father was dismissed. After using distraction strategies and a mood-changing technique (See Chapter 3), the boy was able to focus in a more productive manner on the conflict he was having with his father. The boy indicated that his father was partially correct in his claims about the reading assignment, but that the boy’s “hate” for this particular teacher made him want to resist the assignment.
The individual discussion between the boy and his therapist focused on (a) how the boy’s dislike for the teacher produced a “bad mood,” which subsequently produced his resistance to the assign-ment, (b) how the boy’s bad mood and resistance to the assignment had produced disagreeable behavior toward his dad, and (c) how the boy’s bad mood, resistance to the assignment, and disagreeable behavior had produced a bad mood and disagreeable behavior within the father (who was now resisting the boy’s request that the assignment be modified). Consequently, after the boy’s mood was modified, the boy and therapist were able to brainstorm strategies for helping the father change his mood and become more receptive to the son’s request. With assistance, the boy chose to tell the father “You were right about the assignment . . . “ when his father returned to the room. This “improved” interpersonal strategy (which had been role-played prior to father’s return) had an extremely positive effect on the father. Additionally, the boy was able to introduce a compromise (“I’ll do the assignment if my dad will listen to me without disagreeing when I bitch about how unfair and stupid this teacher is”). In response to his son’s admission “Dad, you’re right,” the father stated (with jaw open): “I don’t know what happened in here when I was gone, but I’ve never seen Donnie change his attitude so quickly.” Donnie and his father successfully negotiated the suggested compromise, and before Donnie left, the therapist pointed out (by whispering to the boy) how quickly he had been able to get his father’s mood to change in a positive direction.

In this case scenario, the therapist helped to modify the son and father’s usual reciprocal negative interactions in a manner similar to one-person family therapy advocated by Szapocznik et al. (1990). 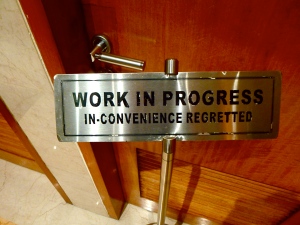