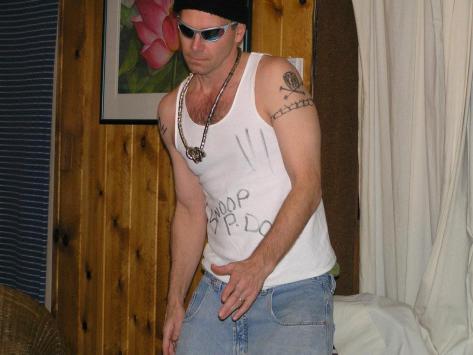 A stranger posted a comment on my blog today. As Tom Jones might say, “It’s not unusual” for my blog to stimulate reader commentary. After all, I’m expressing my opinion, distributing professional information, and often I specifically ask for reader feedback.

Mostly I get positive feedback. Occasionally, I touch a nerve with someone and get pushback or criticism. What’s most interesting to me is that the nerves I touch are nearly always nerves related to White privilege or feminism. I suppose that’s not unusual either.

Today’s comment started with, “Wow. All u do is wafle here. . .” and went on to provide a rambling critique of White privilege (I think). Three thoughts on this: First, to find my several year-old White privilege blog post requires significant effort and searching. Second, with the advent of spellcheck, typically it’s very hard for your computer to let you misspell “waffle” as “wafle.” Third, the critique, as is not unusual, didn’t seem to have much to do with the content of my blog post. Instead, the commenter was clearly focusing in on his own personal issues and history and not so much on what I had written.

The next part of all is also not unusual. In response, I felt disappointment, hurt, and defensiveness. To be perfectly honest, I wanted to counterpoint or counterpunch my commenter. I managed to stop myself. Instead, I labeled his comment as spam and moved on.

Upon reflection, my “spamming” his comment was probably passive-aggressive. And, it was (and is) clear that I haven’t moved on. Funny how criticism has a way of hanging on long after the party has ended and everyone should go home.

In conclusion, here’s the sort of thing I wish I’d written . . .

“Hello beloved fellow human. I’m grateful that you took the time to read my blog and make a comment. Thank you for that. Based on your comment, I think you and I probably disagree on this topic. Rather than arguing and trying to convince you that I’m right and you’re wrong (which likely wouldn’t work anyway), I want to say that I respect your right to a perspective and opinion that’s different from mine. I’m sure we’ve lived very different lives and so it’s not unusual that we would disagree on White privilege. Although I feel defensive about what I wrote, I can also feel a part of myself that’s way down deep and not defensive. That part of me wants to reach out and say ‘Hey. No big deal that we disagree. It wasn’t my intent to write something that offended you. I wish you health and happiness. I wish us a better and deeper mutual understanding. Wherever you feel hurt or pain, I wish you healing. I hear your disagreement with me and, in the future, although I know I won’t be perfect, I will try to be more sensitive and compassionate in what I write.’

Have a fantastic Saturday night.